Neil Wagener wrote an article in NZ Fisher #50. The basic premise of this article is that fish become conditioned to lures the more they see them and if they are hooked, landed and released during this process then the negative association is reinforced. The consequence for the angler is that fish become harder to catch because they become wary of lures. Wagener cites experiments conducted by Pure Fishing and independent researchers, as well as anecdotal evidence from local charter skippers, to support the hypothesis that fish become wary and harder to catch the more they see flies and lures or are hooked on flies and lures. This apparently explains why kingfish around White Island and snapper in the Hauraki Gulf are now more difficult to catch than they were five years ago. The argument is well constructed and very persuasive. It could potentially hold true.

However, I’m not at all convinced that this is the case and I always am sceptical when research conducted by tackle companies is cited. Unfortunately much of this in house research is not conducted scientifically, it is hardly ever peer reviewed and rarely published in reputable scientific journals. When the tackle company research mentioned suggests that fish become wary and more lures are needed to counter this wariness then it does make you wonder whether there is an ulterior motive.

It may just be that individual fish are predisposed to be easy or hard to catch. Those that are easy to catch are almost certain in New Zealand to pay for their mistake with their lives as most anglers are fishing for the table. Those that remain are the fish that were always going to be the ones that are more difficult to catch. The other issue that raises it’s head here is anthropomorphism, namely the attribution of human characteristics to fish. Fish that are hard to catch suddenly become remarkably wary and cunning when they simply don’t have the intelligence to be that clever. Most of us have made the same statements about fish have spotted and failed to catch. If we fail to catch a fish several times then in discussions with other anglers it’s IQ suddenly matches that of Einstein.

Having said that, it is however easy to accept that trout in “catch & release” back country rivers may become harder to catch with increased angling pressure but this perhaps has more to with how often they encounter anglers rather than a wariness of certain fly patterns.

Not so long ago I read a brilliant article on MidCurrent called “All fish are not created equal”  by Simon Blanford.

This is what he had to say:-

“Now here’s the interesting part: while we conjecture and theorize about these post-graduates (really difficult fish), we rarely consider whether individual fish are predisposed to be easy or hard to catch. That is, are some fish, from the egg, having never seen artificial flies and lures before – much less having been caught on one —harder to catch than others that have grown up under the same conditions? 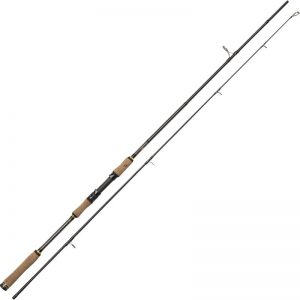 Fisheries biologists have been interested in this question for many years and there are reports on the subject going back to the 1930s. Then, in the late 1970s a study was carried out on a lake in Illinois, a study originally designed to look at whether catch and release would lead to lower catch rates because of “learnt hook avoidance” by largemouth bass. What they showed was something slightly unexpected. Over the five year study period, during which bass were being caught regularly, there was large variation in the number of times individual fish were landed. One bass was caught twelve times in one year and another fifteen. At the other end of the scale there were fish that were never caught—not once during the whole study period. Given the level of angling, the accessibility of the lake, and the fact that these fish had no initial experience of being fished for prior to the experiment starting, this was surprising.

The result got the biologists thinking. From a fisheries management point of view (and in the opinion of some anglers) the fact that there are fish that are difficult, or even impossible, to catch from the outset is not necessarily a good thing. It makes those fish inaccessible to anglers. The variation in catch ability the bass showed could not be explained simply by prior experience or strain. The data actually suggested there might be some underlying trait, some more fundamental difference in make-up between these two kinds of fish. If so it meant that the trait could be selected for by careful segregation and breeding. In other words it might be possible to rear one line of fish that are highly vulnerable and a different line relatively immune to angling. The fishery management possibilities with lines of fish that are easy or difficult to catch are clear. So that is what they set out to do. 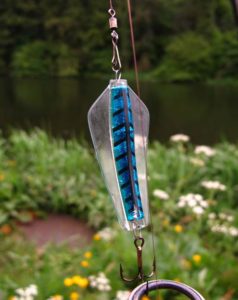 From the study above the biologists took bass that had never been caught and those that had been caught four times or more, separated each group into their own ponds, allowed them to breed, let the offspring grow up for three or four years, moved them to new ponds, fished for them, recorded what was caught and how many times, drained the ponds, separated them by capture frequency again, and repeated the whole process another two times.

It took fourteen years to get the results for just three generations of bass, but the outcome was as clear as they could have wished. Over the selected generations the offspring of bass that had rarely been caught were even harder to catch than their parents. Conversely, the offspring of bass that had been caught a number of times were even easier to catch than their parents. This was a clear demonstration that not only is there initial variation in a fish’s response to angling but also that the variation can be selected to increase, or decrease.

What was driving this difference? Was it feeding behaviour? Were the low-vulnerability group not stimulated to strike at prey in the way we associate with this species? Did they mooch along feeding on plainer food items, the high jinks of the bass bug just background noise? Did they perhaps become vegetarian?

It turns out that the two lines differed markedly in their “pace of life.” The fish that were hardest to catch had lower metabolic rates compared to those that were easy to catch. The hard-to-catch bass also had higher food conversion efficiencies: more of what they ate was used for growth rather than burned away on fast living. As a result they grew more quickly, ironically making the ones that are harder to catch also bigger. Additionally, these bass, to go with their low metabolic rates, didn’t show the classic fast-startle response (the rapid swimming burst fish use to escape predators or attack prey) that we would expect to see from such a confirmed predator. They didn’t exactly amble but nor did they give it the big hurry-up either. This was in stark contrast to bass in the easy-to-catch group which shot-off in quick energetic bursts in response to every bit of persuasion.

Nevertheless, the easily catchable, live-fast-and-die-young bass (there was a suggestion that survival in vulnerable fish was lower) turned out to be better parents than the laid-back group. They fanned their nests (to provide oxygen and keep the eggs clear of algae, bacteria etc.) at a higher rate than the hard-to-catch bass, stayed at the nest for longer, were more vigilant and attacked and drove off intruders more aggressively.

Ultimately, which fish (and don’t forget it is a continuum not simply that there are two categories of fish, one “easy”, the other of ”difficult”) are ultimately more successful will depend on a myriad of factors specific to each body of water. And though these studies dealt with bass, the results are applicable to different species of fish, since the same variation in pace of life has been shown for a range of other animals. In the end, the fact that there clearly is a basis for differential susceptibility to angling in the absence of experience is rather neat. And it provides a possible explanation for our often intimated sense that there are “easy” and “difficult” fish in our target waters.

It seems I am wrong to consider the fish as an amorphous mass hidden beneath the surface. Whether I look out over a lake, or river or even estuary, slough, beach or flat—whether I am fishing for trout, carp or bass or redfish, bonefish or permit—I have to allow that some of them will be easier to catch than others. There will be some who launch themselves at the fly I present and then there will be a bunch who simply don’t—those who don’t care a wit about the real jungle cock I laboriously and expensively added to my fly”.

Blanford’s eloquent article probably explains what is going on around White Island and in the Hauraki Gulf. The “easy” active fish have been removed by anglers and those that remain are the ones with a slower pace of life that were always going to be less likely to take a lure. (The obvious message here is for everyone to limit their catch so there are still some “easy” fish to go around).

Sage ESN – You deserve one!!

There are also a huge variety of factors which govern when fish feed and it may just be that the fish that are visible on the sounder are satiated from a feeding session earlier in the day and are just not hungry. It could be water temperature, atmospheric conditions or the presence of an apex predator which discourages feeding.

Unfortunately, as we cannot interview fish in a qualitative experiment to learn their inner secrets, we are never going to know the reasons why they choose to take a lure or fly. We can experiment and hypothesise but never know for sure. This is just one of the imponderable facts about fishing. It is what makes the sport so alluring.

All is not lost though. It is possible to catch the harder fish if you can identify when and how they feed. For big, difficult trout that is in the hours of darkness. More about that later…… 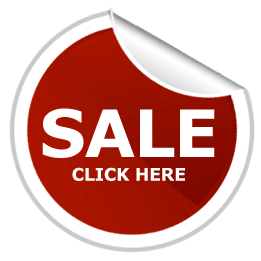 Check out our Sale Items here